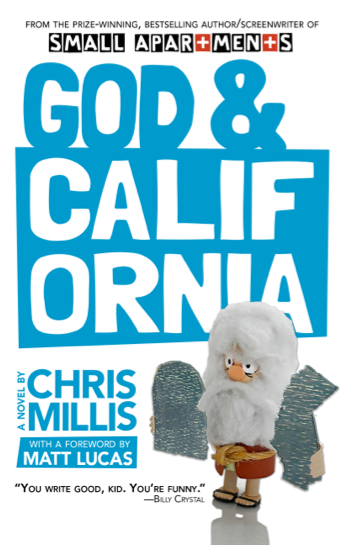 After eight years, a studio film option, lots of revision, and lots more whiskey, my second novel is now available for purchase.

God & California is the story of Norbert Sherbert, a wounded Iraq war veteran, and Wilberforce Wendell, a defrocked Catholic priest, who set off together from the Adirondack Mountains of New York State to deliver a pink, 1975 Cadillac Eldorado convertible to Monterey, California. Along the way, they will break all Ten Commandments on a mission to provoke God into a conversation.

I’m psyched to share this book with you and hope you’ll buy a copy to discover why the Hollywood Reporter calls my writing “singularly weird,” and acclaimed Detroit poet, M.L. Liebler, says I’m “one of America’s most original, hip young writers.”

You can buy it now on AMAZON